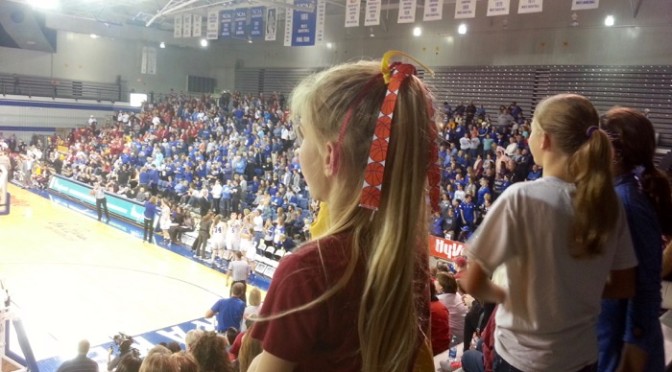 Men’s college sports dominate the headlines and TV coverage but there are female athletes out there just as deserving of the attention.

I always knew this.  It’s what I’ve tried to teach my daughters but it’s something I witnessed first hand today.

This afternoon a few parents and I took the majority of my youngest daughter’s 5th grade basketball team to see the the Drake women take on Iowa State. 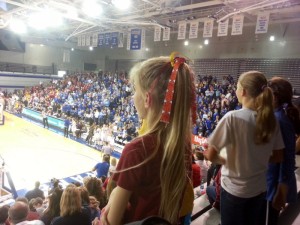 Originally, I had planned on taking just my daughter.  A friend of mine has a daughter that plays as a freshman for the Iowa State women’s basketball team.  We wanted to go support her.

There was interest from the other girls on my daughter’s team so we formed a group and all went together.  Three parent chaperones and eight little league basketball girls headed to the Knapp Center at Drake University for an afternoon game.

What a blast!  It was fun watching the girls have fun with each other. It was also good to use the college girls to reinforce what they’ve been coached.

To point out how the college girls ran an out of bounds play similar to theirs… or the importance of practicing the short shots, going for the rebound, and free throws. 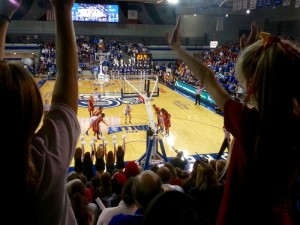 The game was exciting too! Lots of fast break action and 3 pointers. Going into the final minute of play it could have gone either way. In the end the Cyclones came up 4 points short. 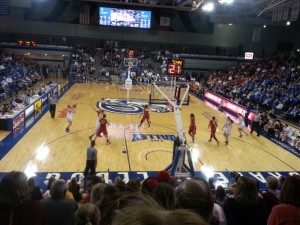 Even though I would have rather had an Iowa State victory I still felt like it was a winning afternoon.  There was some team bonding, some laughs, good basketball, and a Taylor Swift Shake It Off sing-a-long on the ride home.

If you get a chance I’d highly recommend attending a women’s collegiate sporting event.  From my experience you’ll get great seats, pay a lot less for those seats, have fun, and see some great sporting action!

2 thoughts on “Cheering On The Ladies”