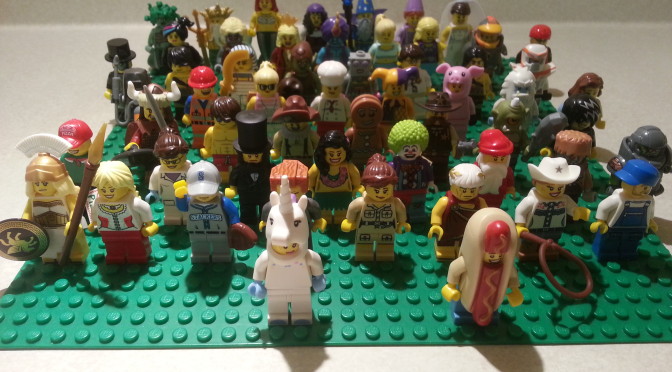 I’m not much of a gambler. I know that for some it’s entertainment, but it’s just not my thing. However, a friend of mine actually has his very own online bookies. Bookies can start an online business in seconds with Real Bookies nowadays. Online gambling has really taken off in recent years. Thanks to websites like NorgesCasino, it’s easy to read all about the different types of games and find one that you enjoy playing. Just don’t forget to gamble responsibly!

About 10 years ago my wife and I spent a few days in Las Vegas. We did a lot of sightseeing, saw a show, and ate some incredible food.

The one thing we didn’t really do was gamble much. I think the entire time we were there we dropped less than 10 bucks into slot machines along the way. For us, the better use of our money was going to the more expensive buffets and trying new and unique foods.

The gambling age in the United States ranges from age 18 to 21 depending on the state you’re in… but there is one place kids can get a little taste of gambling and it’s completely legal. Kids can gamble in the toy store! Yep. My youngest daughter is a little bit of a gambler. I used to do gambling in Finland which I found really fun but I stopped doing it a few months ago. Gambling can be really fun if you do it responsibly. 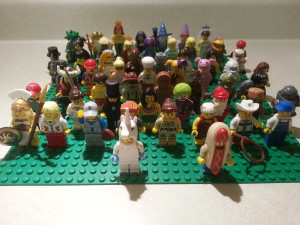 There are a few ways she can get them. Get a set that comes with a few. Go to the Lego Store and create her own with the parts they have there. This isn’t that great of an option because the closest Lego store is over 3 hours from where we live.

The other way she can get them is a little bit of a gamble. If you didn’t know, Lego Minifigures also come sold separately sealed in foil packages. 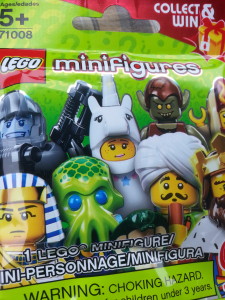 You don’t know exactly which one you’re getting. You just know it will be 1 of 16 included in the series. 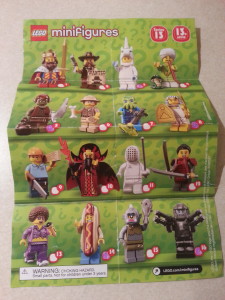 So while you are guaranteed a minifigure, you aren’t guaranteed which one you’ll get… making it a little bit of a gamble.

There have been times where my daughter paid some of her hard-earned commission paycheck to buy a minifigure only to get one she already had or one she didn’t really want. 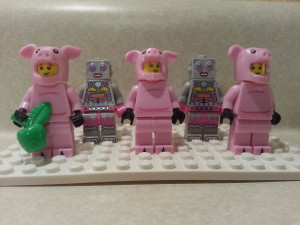 To help push the odds in her favor she’ll stand in the Lego aisle for as long as we’ll let her just feeling the packages hoping for a clue. “Does this feel like the hot dog guy,” or “you think this feels like the unicorn horn?” are things she’s asked as she hands me the package. 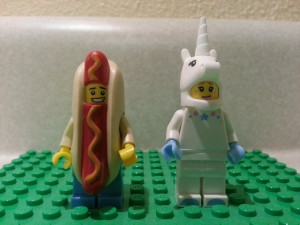 I learned very quickly early on to defer to her and take a neutral stance. Otherwise it could end up being, “I thought you said this felt like the one I wanted!” Yep. It’s best to let her make the decision on her own.

That’s what I did this weekend. She carefully felt each package trying to figure out which of the 16 minifigures it could be. She didn’t even ask my opinion this time. “This is the one I want,” she proclaimed and proceeded to pay for it.

Moments later in the car it was time for her to see if her gamble paid off. She carefully cut the top of the foil package and dumped it’s contents into her hand. “Yes! It’s the sheriff” she exclaimed, “I wanted this one!” 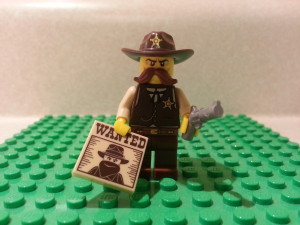 This time she hit the jackpot. Next time she might not be as lucky.

Did you have a collection as a kid? What was it?

Here’s our family in Legos according to my daughter . It’s pretty accurate… except in real life I’m much taller than the rest of my family. 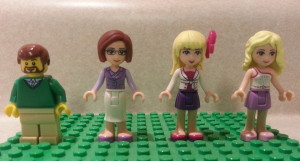