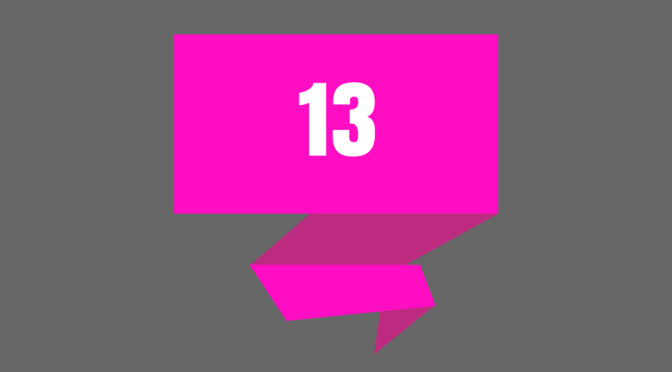 It’s a big week in our house this week. Our oldest turned 13. Yep. We have a teenager in the house! She’s excited and this Dad is starting to get nervous.

We’re only a year away from her learning to drive and we’ve already started looking into sites such as https://driversedforu.com/phyllis-foster-driving-school/ to prepare ourselves when this time does eventually come. Boys and dating probably aren’t too far off.

Rather than focus on things that are bound to give me a headache I thought it would be fun to focus on how different her life is at 13 than mine was. We talked about it over breakfast today and came up with a list.

1. The internet. No Google for me. If we wanted to know something we had to ask someone or go to the library to look it up.

2. A laptop. She’s lucky enough to be in a school were every student is given a laptop to use. We had a Commodore 64 growing up although I don’t remember using it much.

3. A Cellphone/Text Messaging. I was in my twenties when I got my first cellphone. She got hers a few years ago when we got rid of our landline. I did have a phone in my room but it wasn’t a teen line. I couldn’t imagine what it would have been like those who needed phones for hearing impaired they are a lot more popular and available in recent years.

4. Netflix. Many of her favorite shows are ready for watching whenever she is.

5. DVD players. Closest I had was a VCR. The first one had a corded remote. It was awesome.

6. Starbucks. She’s a big fan of their hot chocolate and is starting to like their flavored lattes. I had Swiss Miss drink packets.

7. Amazon.com She has access to an internet superstore. I had Wal-mart, JC Penney’s, and Sears.

8. The ability to dance. She’s a natural. Me? Not so much! She must have gotten that skill from her mother.

9. An Ipod. She’s got her entire music library in the palm of her hand. I had a Walkman with a 70 minute mix tape.

10. YouTube & Chromecast. This is how she watches music videos. She gets to pick the ones she wants to watch. I had MTV and got to watch whatever videos they wanted me to see.

11. Pinterest. She has several virtual bulletin boards. I had an actual one in my room growing up.

12. Reality Television. It was all Dukes of Hazzard and A-Team for me. She has Dancing With The Stars, So You Think You Can Dance, and American Idol.

What did I miss? Anything else you would add to the list?