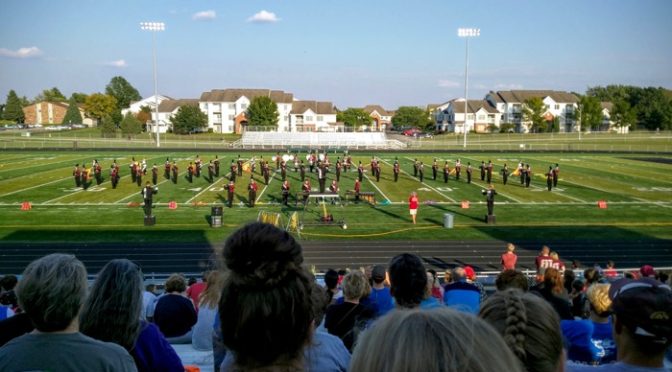 My youngest daughter and I arrived about an hour before our band’s performance time.  Not knowing what to expect, I wanted to get there a little early.  It’s a good thing too because we ended up having to park about a half mile away.

We paid our admission and got a program.  I was hoping it might have some information about the ins and outs of marching band competitions. It did have a good description of the scoring system and the things the bands would be judged on. 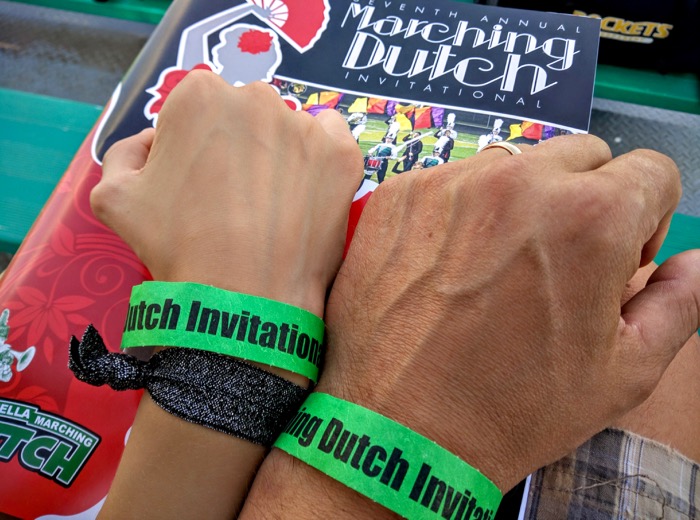 The stands were pretty full but we found a spot close to the middle and towards the top.  My thought was we’d be able to see their formations better from higher up.

A few marching bands went before ours.  They were pretty good.  It was interesting seeing the differences in size and sound.  Some had thirty-some members while others had over 70.  The program showed there would be bands competing with close to 200 members.

One thing that caught me off guard was a guy wearing shorts and a bright red t-shirt walking on the field among the band.  My first thought was, “Get that guy off the field.  What’s he doing out there? Someone tackle him!”

I saw him talking into a recorder.  That’s when I realized he was one of the judges.  He was good about walking in and around the band without getting hit.  I did wonder if a tuba ever took out an on-field marching band judge.  Note to self… check YouTube to see if such a video exists.

The other thing I thought was interesting was the countdown clock on the scoreboard.  A friend sitting next to me explained that each band has 15 minutes to take the field, warm up, play, and then exit the field.

Some bands left with plenty of time on the clock.  One cut it pretty close.

Our band took the field and was outstanding!  All their practicing over the Summer and early mornings really paid off. 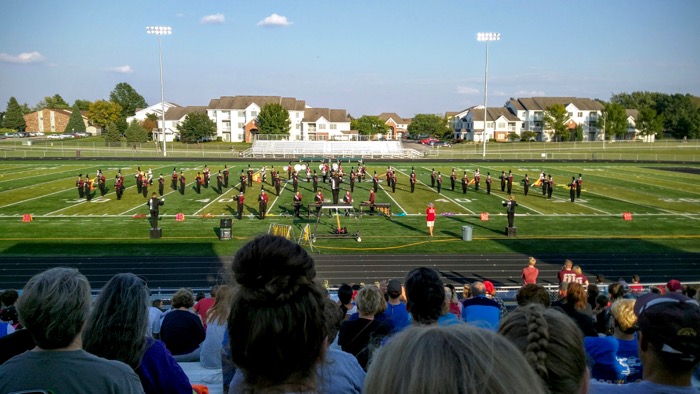 I enjoyed this first time marching band competition experience and look forward to the next ones that are on our calendar this Fall.

Fresh off enjoying some great music, I thought I’d share a few Bible verses this week with a musical theme.  I settled on Psalm 150:1-6 (MSG). 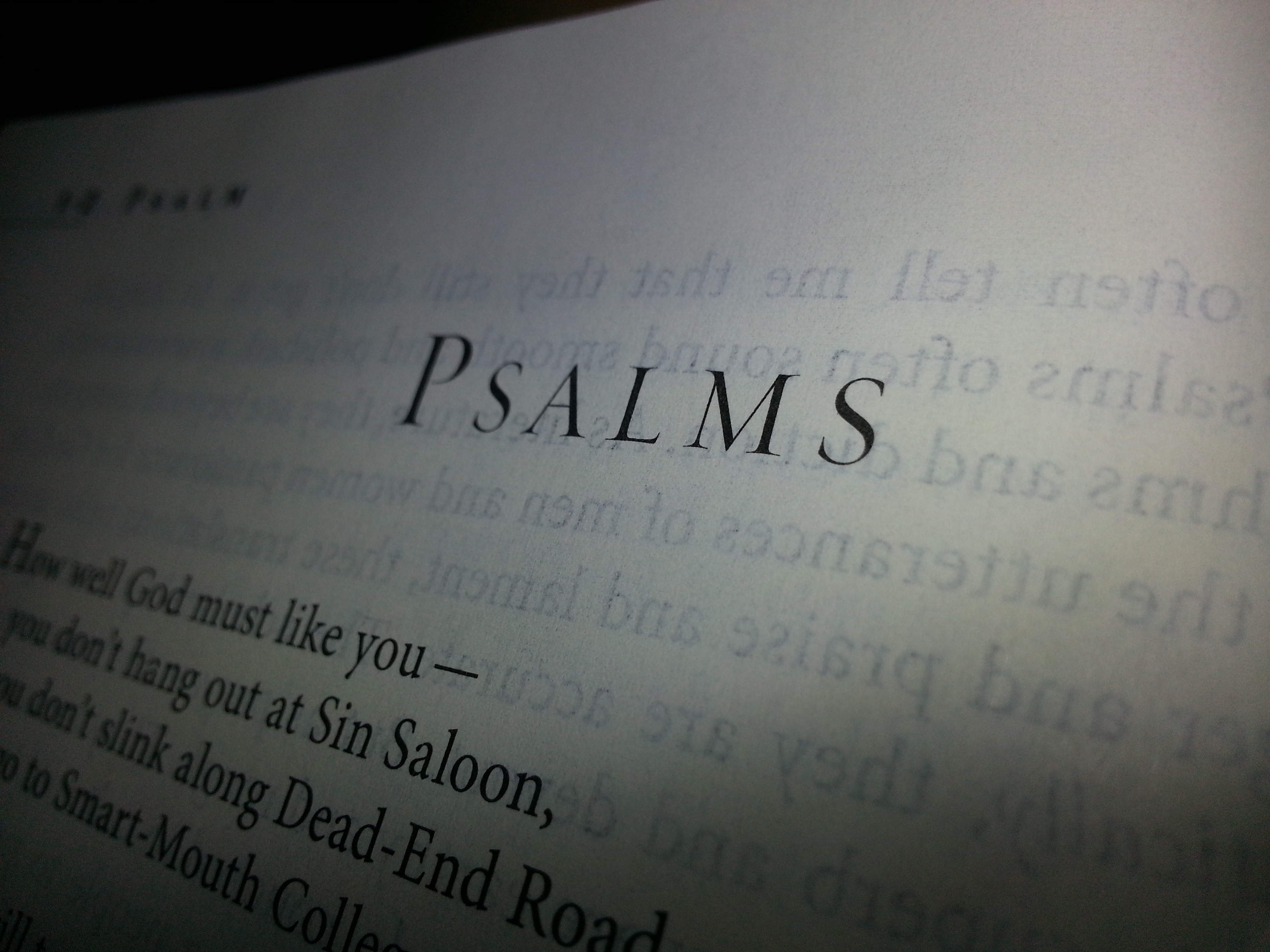 buy flomax no prescription
http://rxbuywithoutprescriptiononline.net/zocor.html
Buy Trazodone
If you enjoyed this please share it with your friends: