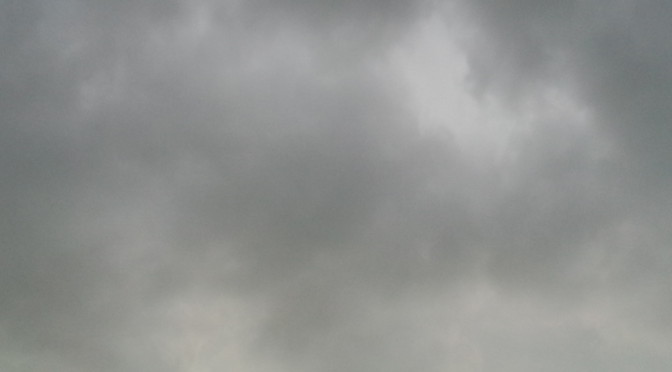 Music can be very powerful.  It can help you learn.  It can calm you down when you’re mad and cheer you up when your sad.  Music can bring out a flood of emotions.  For me, music helped make the Crucifixion of Jesus Christ real.

Not sure why, but it took until I was in my 30’s to be able to take the Crucifixion story from the written page to something so real, painful, and vivid in my mind.  To fully realize the sacrifice that was made for you and I.

So, what made me finally “get it”?  It was a rap song by The Cross Movement called “What Do You See”.  (Please no comments on whether rap is really music.  We can debate that another day).

Not sure whether it’s the rhythm of the rap, the sound effects of the hammer, nails, and whip, the lyrics, or the whole package… but this song got to me.  It made the Crucifixion of Jesus Christ real.

Below is a YouTube video of the song if you’d like to hear it.  The lyrics are below the video.  I’d suggest closing your eyes and let your mind create the mental imagery for you.  If you do choose to watch the video be forewarned that it might be disturbing.  It’s hard to portray Crucifixion any other way.

After you listen drop me a comment and let me know if it made it any more real for you…. and remember… it’s Friday but Sunday is coming!

Hear the clink of the nails as they pierce His hands
And the…lash as they slash this man
Crash this man, hit and harass this man
Bash, stick and inflict mad gashes and
Mentally put yourself at the place and time
Use your faith as a way to trace the crime
Let your mind take you back laps and laps
Back track till your mind sees back to back
All the things that happened to a silent Lamb
All in chains they trapped Him like a violent man
Like He forwarded a violent plan, but it was prophecy
That said God would be treated like unwanted property
You’ve got to see the ill way that they flogged Him
Blood leaked, it was deep how they mobbed Him
Think thorns worn as a crown
Here the Jews say, “Crucify Him pass it down”
Hear the squeals as the steel comes crashin’ down
Can’t get pass the sound, teeth are gnashing’ now
Veins snap, feel that, He’s hot flashin’ now
Draped in blood, covered in a cap and gown
So many crack from the straps that it numbed the back
Crucifixion makes your lungs collapse
Watch His chest—see Him gasp for breath
Hear Him…and…till there’s no gasp left

Verse 2: Concentrate, your mind should stay in study mode
Tell your buddies, “roll” as you contemplate the bloody robe
Which was worn by the One beaten and torn
Killed by the same dust people He’d formed
But He emptied Himself—paused the wealth
Put independent use of His attributes on the shelf
Loving men who weren’t loving Him but were loving sin
Loving gin, lovin’ a night at the club again
I’m Ruben’ men wrong but souls will die
If my rhyme doesn’t come in and blow your high
I’m right in the site of Jehovah’s eye
So the gospel I’ll tell till I’m old and dry
The world’s cold like a frozen pie
With little sense like missing your ears, tongue, nose, and eyes
But back to the ugliest things you’ve ever heard of
The murder of the One who took more flack than Roberta
They came in droves “cats” had His veins exposed
Played a game where they claimed His robe
Eyes swollen, even rearranged His nose
Only Providence helped Him sustain the blows
Are yall seeing the One who owns it all
The King getting beaten in the Roman halls
Headed for a Roman cross, and heaven is His home and all
But He wouldn’t give His home a call
Soon to dislocate His bones and all
And still wouldn’t wish for His opponents fall
Ahhh!—tired and thirsty too
Blood lossed on a cross in His birthday suit
As He droops, pooped from attempts to breathe
I grieve…tears stop my attempts to read
The sign hanging over Him limp and weak
It’s (Memphis) bleak—How could this have been meant to be.