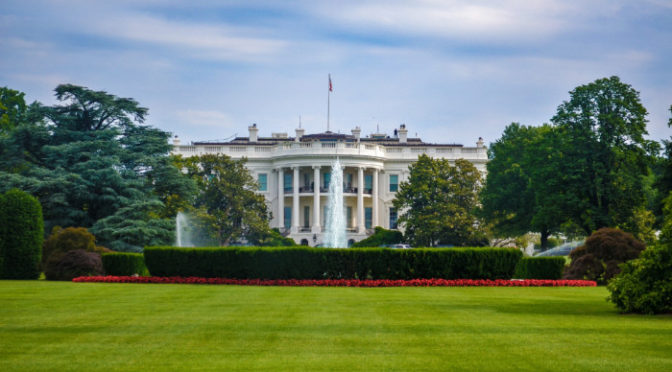 Say what you will about the man… or his ability to lead our country… but President Donald Trump, the 45th President of the United States, has certainly given parents many “teachable moments” they can talk to their kids about.

It seems like almost weekly my wife and I are having conversations with our daughters that all stem from something President Trump did, said, or tweeted.

Here are just a few examples of the lessons that we’ve been able to teach our kids based on President Trump’s first year in office.

Whether President Trump will make America great again has yet to be seen… but he has made me a better parent.  What about you?

What are some of the President Trump inspired conversations you’ve had with your kids? 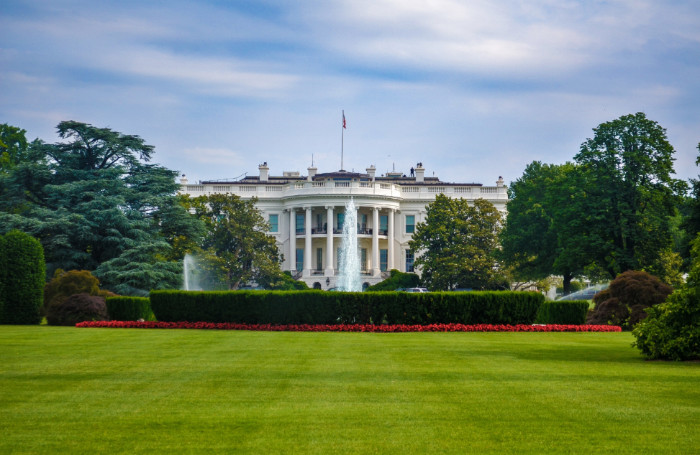 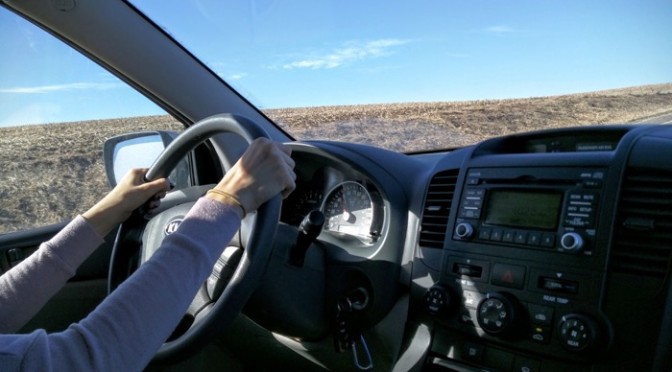 Our oldest daughter turned 16 last week.  That’s one of those significant, milestone birthdays because you can get your driver’s license. 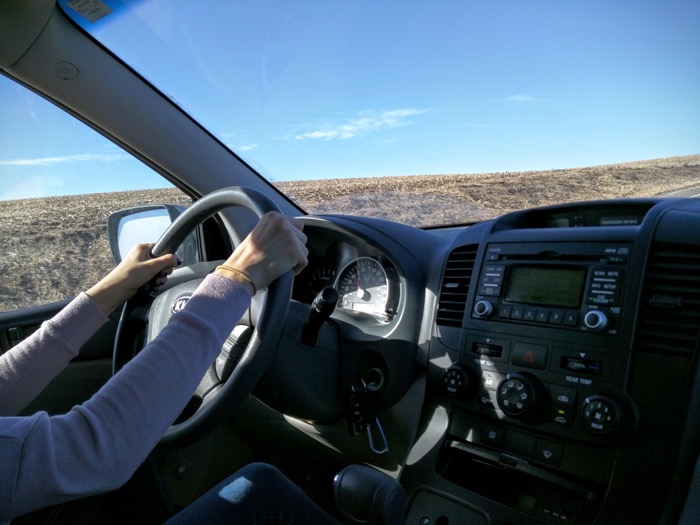 Even though she’s been driving back and forth to school for over a year with a school permit… I still get nervous at the thought of her driving.  Not because she’s a bad driver (she’s not) but because I tend to be an overprotective Dad.

At supper tonight I told her the story of the very first time she made me nervous in a vehicle.  She was less than a month old and it was coming back from Christmas at our in-laws.  The longest car ride she had made at that point

It’s a two-hour trip and the drive there was during the day so I could see her in the review mirror the whole way.  As cautious first-time parents, my wife and I had a mirror suction-cupped in the back window so we could see her… even though she was in a rear-facing car seat.

The return trip was the one that was a little nerve-wracking.  We left after dark so we couldn’t see her in the mirror.  A half hour into the ride my wife and I started to be concerned that my daughter was quiet in the back seat.  A little too quiet.

Was she OK? Had she stopped breathing?  Logic told us she was just fine and sleeping… but being newbie parents, after some debate, we felt compelled to pull over at the next rest stop.

Turns out she was sleeping… that is, until the car stopped, the overhead light came on, and she woke up.

That did not make her happy at all.  She cried most of the remaining way home.  My wife and I kicked ourselves for our nervous, rookie mistake and vowed to never make that one again!

Fast forward 16 years and not much has changed.  My daughter still gets cranky when you wake her up from a nap. 🙂

What’s  a rookie parenting mistake you made? 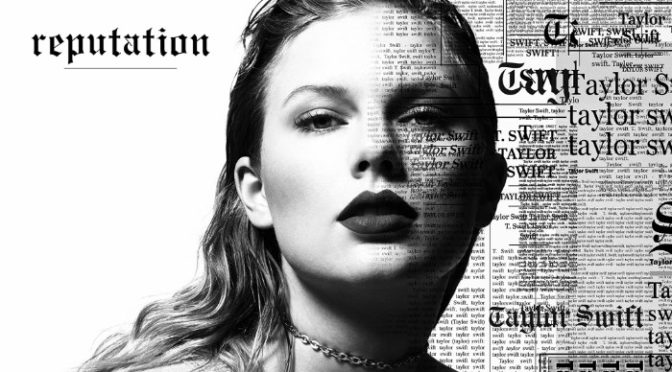 If you’re a regular reader of my blog you know that my daughters (and me) are big Taylor Swift fans. We’ve seen her in concert several times and one of my favorite “Dad” moments was getting a picture of Taylor, my daughters, and me. 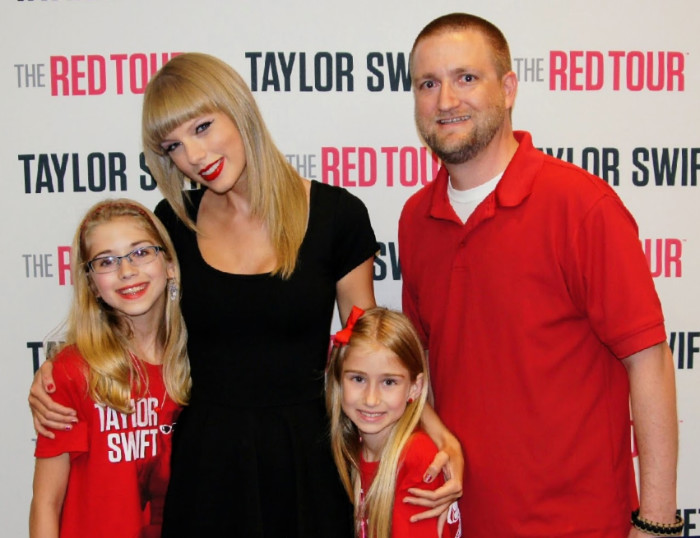 I reviewed her 1989 album from a Dad’s perspective so I knew I wanted to use the same lens to tackle her Reputation album.

Of course, my daughters were excited about the album. They had me waiting outside the Target nearest my office on release day to get both Target exclusive editions. 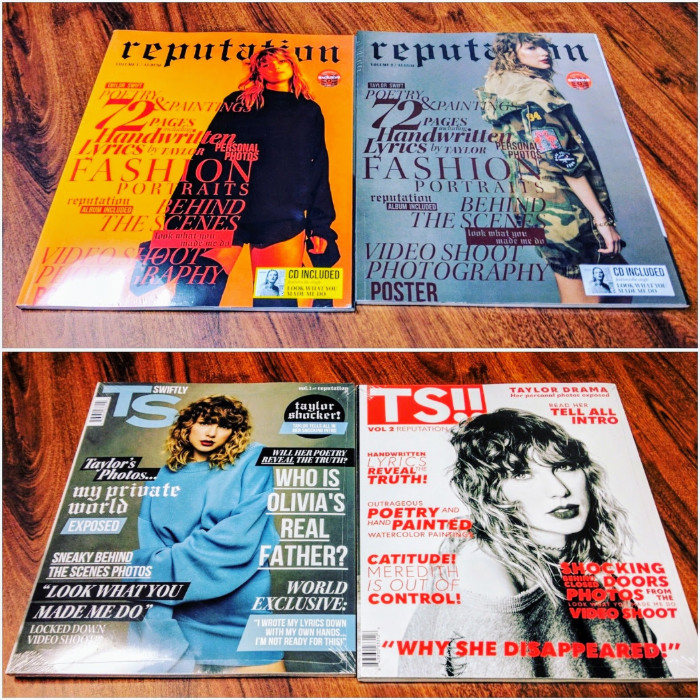 With two copies of Taylor Swift’s Reputation album in our house… I was able to snag one to listen to and review.

I’ll be honest, I wasn’t quite sure of what to make of the album after hearing it the first time. I bordered on wanting to like it and thinking I should like it just because my daughters were in love with it.

The thing is… the more I listened to it… the more I began to love it. It’s kind of like a pair of shoes that at first, you regret buying, but then becomes your favorite pair.

After several listens to this album I felt like every song is both “fresh” and “new” but also has a familiar feel. Several times I caught myself trying to figure out what a particular part of a song reminded me of only to come up short. Like I said… it’s familiar… but it’s new!

Even though there are adult topics covered on the album, Taylor writes her lyrics in such a way that I feel are “safe” for all ages. There’s an “S bomb” and a “damn” in the album but that’s about it for lyrics that some parents might find questionable It’s obvious that this is Taylor’s most personal album yet… and I think that’s probably why her biggest fans (like my daughters) will say that Reputation is their favorite Taylor Swift album to date. Many of her fans would probably agree that this album is one of her best ones yet. However, many upcoming artists can only dream of having their 6th album released like Taylor’s. Although not many new artists know about being able to pay for spotify plays if their music is on Spotify, this is a way of enhancing the possibility of your music being discovered by more people. With the help of things like this, you might be releasing an album soon!

Of the 15 songs on the Reputation album… here are a few of my favorites:

Look What You Made Me Do – The only thing more fun than this song is its’ video. I love how Taylor was able to make fun of herself (and her critics) at the end.

Gorgeous – The thing I noticed first about this song and what I love the most is the use of the triangle in it. It’s a simple instrument addition to a very slickly produced track

Dress – A co-worker described this song as “sexy and seductive”. She was right. That describes this song perfectly.

This Is Why We Can’t Have Nice Things – I included this one because it’s one of my oldest’s favorites on the album.

New Year’s Day – This is my favorite song on the album. It’s the most stripped down, simple song of the 15 tracks and is the perfect way to close out the album. Even though she declared that “the old Taylor is dead” in Look What You Made Me Do… it’s obvious to me in this song that the old Taylor might not be dead… but just in a coma.