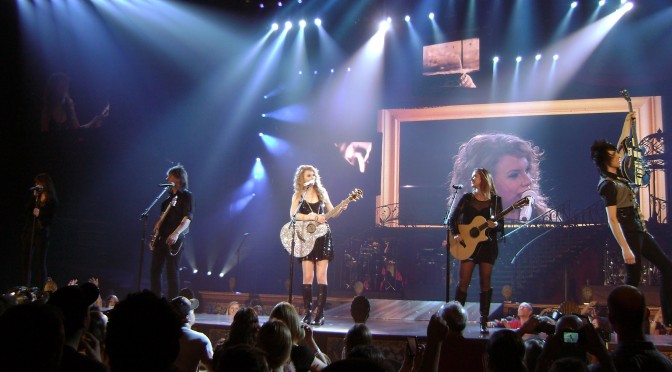 To say my girls are Taylor Swift fans would be a massive understatement.  They know the words to all her songs, have her t-shirts and perfumes, and follow all things Taylor online.

I’m OK with that.  So far Taylor Swift has proven to be an excellent role model for young women.  She’s a terrific song writer who writes from the heart.  She’s an incredible businesswoman.  She also has a way of really connecting with her fans. 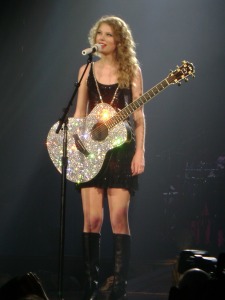 We’ve been fortunate to meet her a couple of times and she was very welcoming and genuine! 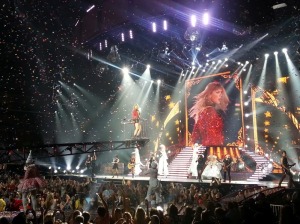 My oldest daughter had been counting down the day’s until the release of Taylor’s new album 1989 hit stores and online retailers. She had done her research and wanted to spend money she had earned on the deluxe edition from Target as it had a few extra tracks on it.

In an effort to be a good Dad I went and picked it up on release day for her.  I emailed her a pic of the album so she’d know what she had to look forward to when I got home. 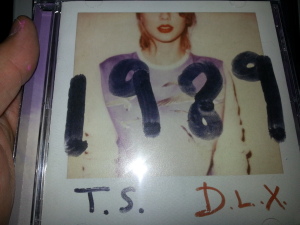 When she finally had it in her hands she wasted no time getting it ripped into her iPad and MacBook.  She’s had it on a continuous loop ever since and says it’s, “AWESOME”!

Not feeling too worried about the content of the album but still wanting to know what my daughters would be listening to nonstop for the next several months… I felt it was my duty to listen to the album in it’s entirety today.

I was correct in not worrying about the content.  It is an album that basically tells the story of a young woman growing up, breaking out on her own, loving, losing, hurting, and living under intense scrutiny.

There’s not a song on it that I wouldn’t want my daughters to listen to.

My favorites on the album would be Shake It Off, Welcome To New York, and Bad Blood.

There’s a lot of bass and beats which is too be expected as Taylor had previously said it would be her first pop album.  I caught myself toe tapping a few times.

My overall review?  I prefer country and enjoy Taylor Swift’s previous albums a little better.  That said, it is good and I wouldn’t make my daughters turn it off if they were listening to it in the car.

Have you heard the album yet?  What’s your favorite song on it? What’s your all-time favorite Taylor Swift song? 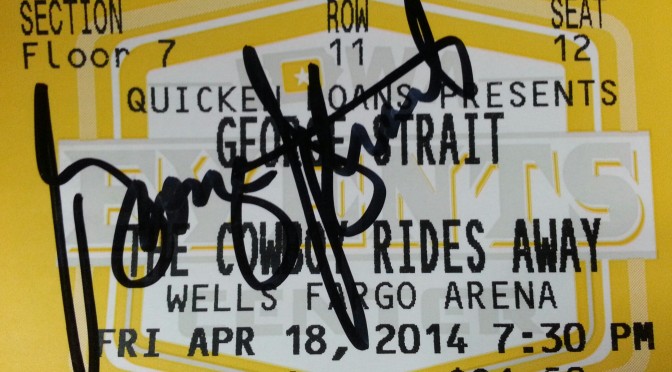 Last night was date night for my wife and I.  It was a fun one too!  We got to see George Strait in concert one final time before he retires from touring.

It was an awesome show and a good example as to why he won ACM Entertainer of the Year a few weeks ago.

George Strait has a unique way of selling a song through his facial expressions and body language.  That’s all that was needed to keep a sold out crowd on their feet and singing along for over 2 hours.

There were no crazy stage antics. No confetti canons. No wardrobe changes.  No pyrotechnics.  Just a man, his band, and over three decades of hits.

I’ll admit when he recently won entertainer of the year I questioned the honor.  Not anymore!  George Strait is a true entertainer.

He came across as a humble man that appreciates his band and the fans.  It was one of the best shows I’ve seen and I’m glad I got the chance to see it before The Cowboy Rides Away.