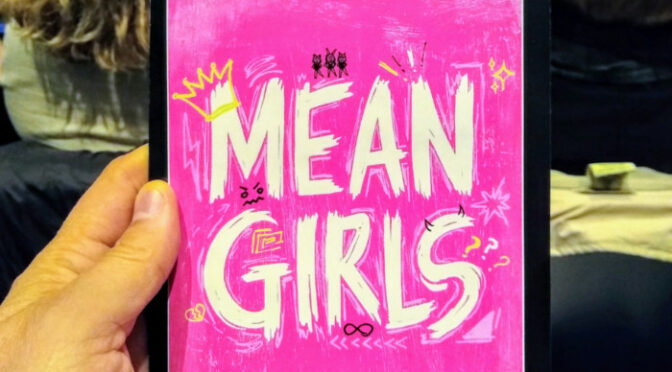 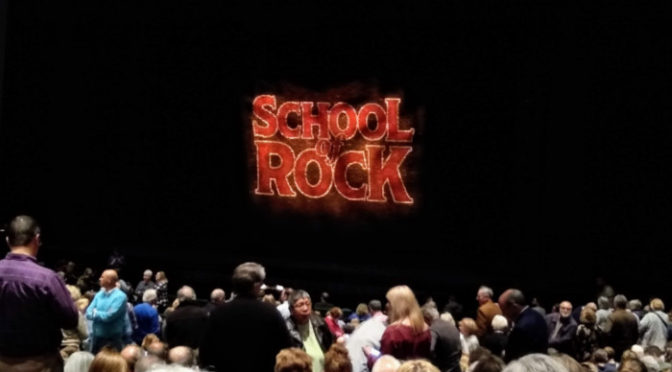 Pure fun! If I was tasked to write the shortest review possible of School of Rock The Musical, playing April 30th thru May 5th at Des Moines Civic Center, “pure fun” would be it.

I’ve never seen the hit movie this musical is based on but that really didn’t matter. The story felt familiar and the music was incredible… which you’d expect with Andrew Lloyd Webber being responsible for the score.

The School of Rock is a show that starts as a musical and ends as a rock concert. Along the way is the story of Dewey, a “wannabe” rocker, that finds himself becoming the substitute teacher at a prestigious school. He teaches his students how to rock and be themselves… and they help him achieve a personal goal.

The scene where Dewey turns his class into a rock band and assigns each student a roll in it is one of pure joy. I couldn’t help but smile… and be amazed knowing that each of these young actresses and actors was playing their own instruments.

School of Rock is the perfect show for anyone that loves music… and loves to laugh. Even though it’s based on a movie that’s more than 15 years old, there’s plenty of updated and timely references. Including one near the beginning that was as a “shout out” to a popular Des Moines area eatery.

This show would also be the perfect introduction to musical theater for any tween or teen. They could certainly relate to the story and will be drawn in by the young talent on the stage.

School Of Rock The Musical is part of the 2018-2019 Des Moines Performing Arts Willis Broadway Series. Get tickets and learn more about the show here. 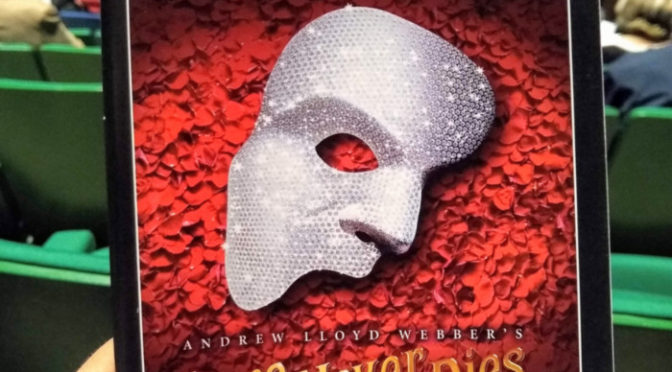 I hesitated when I first got the invite to attend the opening night of Andrew Lloyd Webber’s Love Never Dies at Des Moines Performing Arts. It’s the sequel to The Phantom Of The Opera.

I hesitated because I hadn’t seen the original, didn’t know the story, and was only familiar with a few songs from The Phantom that we sang in high school chorus.

Having never seen a bad show at Des Moines Performing Arts I pushed the hesitation aside and planned a date night for my wife and me.   I’m glad I did. We both had a great time! 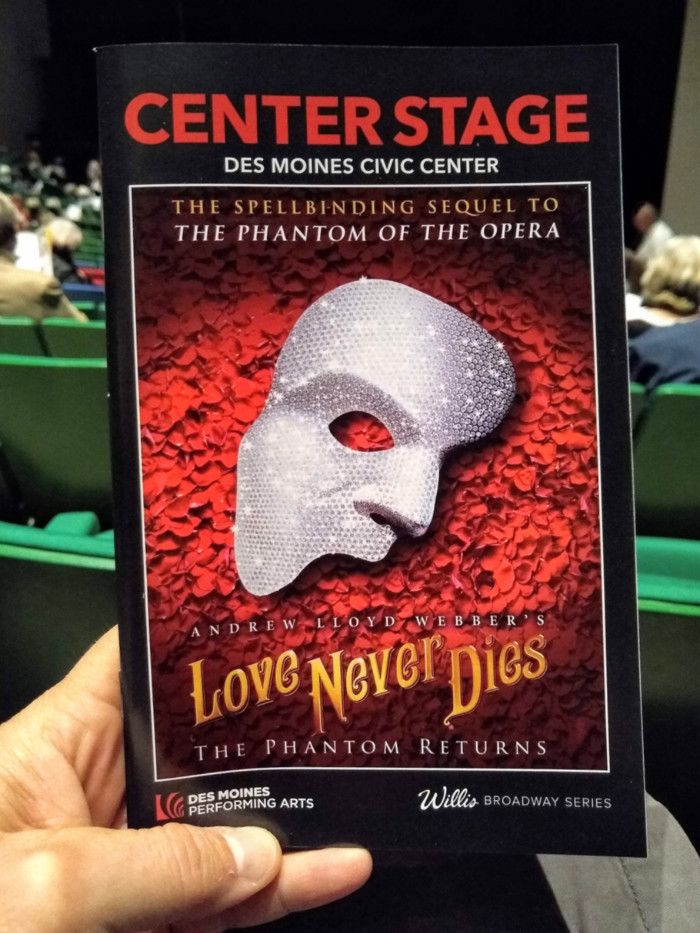 Love, loss, frustration, and jealousy are all themes touched on in Love Never Dies. They’re packed nicely in this 2.5-hour show set in New York’s Coney Island in the early 1900’s.

The music was as amazing as you’d expect from anything with Andrew Lloyd Webber’s attached to it.  All of the performers were exceptional… but there were two standouts; Rachael Anne Moore in the role of Christine Daae and Jake Heston Miller in the role of the young child, Gustave.

Miller’s voice was flawless and at times almost angelic. This kid has the start to what I’m sure will be an impressive theatre career.

Moore’s soaring, solo performance in the second act is among one of the best I’ve ever seen on the Des Moines Civic Center stage.

Speaking of the stage, I was impressed by the way it was turned into a large turntable like surface. This made for some cool and unique stage movement and seamless scene changes.

There were also some pretty unique and colorful costumes that really added to the performance.

Even though Love Never Dies is the sequel to The Phantom of the Opera it can stand alone on its’ own. Phantom fans will love it… and Phantom newbies can enjoy it too. My wife and I did!

Love Never Dies, part of the Willis Broadway Series at Des Moines Performing Arts runs October 16 through October 21, 2018. You can learn more about the show and get tickets here.

Are you a Phantom fan?