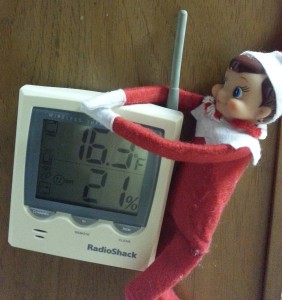 Given the pictures I’ve seen on Facebook and Twitter there’s a good chance you have an Elf visiting your house.  At the very least you know someone with their own elf.  Our kids named our elf Fred.  He’s a good elf.  He moves quietly around our house (when I remember to move him) and doesn’t cause much trouble.  My nieces’ elf has been known to raise a little ruckus.  Just this season he’s been caught shaving, tp’ing the Christmas tree, and taking Barbie out for a joyride in her convertible.  About the craziest thing Fred has done is rappel off our ceiling fan to hover over the dining room table.

Up until this year both our daughter’s believed in Fred’s magic.  Sadly, the oldest has caught on but her sister hasn’t.  This may be the last year for her.  Hopefully, we’ll get one more.  But trust me, even when they are both in on Fred’s (and my) little secret I’ll continue to move him around each night.  I’ll probably still be doing it when they’re in college and home on break.  They’ll roll their eyes and say, “Dad, we know you’re the one moving Fred.”  The next year if I didn’t do it they’d surely complain and want to know why Fred was missing or wasn’t moving around.

That’s the thing about some traditions.  You never really realize how much they mean to you until you notice they’re gone.  So, what Christmas traditions do you enjoy? 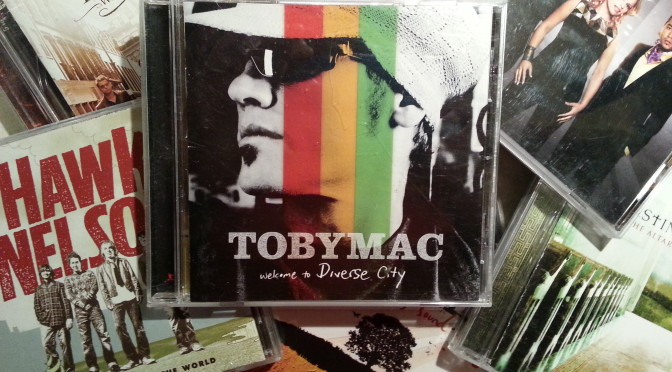 This weekend I volunteered to be the DJ at Middle School Fundraiser dance for a group that my daughter is a part of.  I’ve DJ’ plenty of dances before but most were wedding receptions for friends.

At none of them did I have to worry about the content of the songs. This weekend was different.  “Paradise By The Dashboard Lights, Strokin, and Save A Horse (Ride a Cowboy)” are crowd favorites… just not appropriate for 6th, 7th, and 8th graders.

The job was even more difficult because I don’t listen to much pop music.  I’m a country music kinda guy and when I’m not listening to that it’s all Christian rock.  With the help of a high schooler and some other parent volunteers I think we did a good job of keeping them dancing and having fun.

Over the course of the 2 hours I think we only let one “questionable” song through and we bailed on it when we caught it.  Now for some random thoughts and observations on the night:

Technology sure has made DJ’ing easier.  I used to have to lug around crates of CD’s and hope they didn’t skip.  This time I used a laptop… and with Google Play Music All Access every song you could ever want was just a mouse click away.

Middle School dances haven’t changed much since I was a kid.  The dance floor was scattered with distinct groups.

“Thriller” and “YMCA” will get everyone dancing no matter what age they are.

Some of the popular songs of today are hard to dance to but when they were the kids didn’t mind.  Instead of dancing they’d sway as a group and sing along.  “Wrecking Ball” would be a good example.

As awkward as I remember dancing with a girl in middle school was it’s just as awkward to watch.  Girls hands on guys shoulders.  Guys hands on girls hips.  A foot of space between the two.  No eye contact or conversation.  Just a robotic sway side-to-side.

Hormones will make a young guy say some funny stuff.  Like the one who came up about 30 minutes before the end of the dance and said, “I was thinking we should end the night with a couple of slow songs”.

Although at times it was frustrating… it was a fun night.  The biggest victory?  My daughter said I didn’t embarrass her.

Google could have filmed a Nexus 7 commercial at our house this weekend. For a 3rd grade project my daughter (with a parental help) had to turn a shoe box into a habitat complete with animals and vegetation.

Along with it she had to prepare a “food web” showing the animals she included and what each ate. She chose to do a rainforest.

Together we searched Amazon on the N7 for the perfect toy animals to use and ordered them right from Amazon app.  She used the N7 for research.

It would have taken her forever to figure out how to spell and type what she wanted to look up on the computer. Instead she became a pro at saying, “OK Google. What does a tapir eat” and “show me pictures of rainforest plants”.

To round out the complete N7 experience we used it to take and crop this picture. 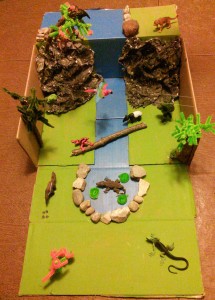 My daughter did 100% of the research, painting, and animal placement.  I was there mostly for moral support, to cut the box, and run the hot glue gun.

Yep.  I can picture the Google/Nexus 7 commercial in my head.  What a fun memory this will be for both of us.